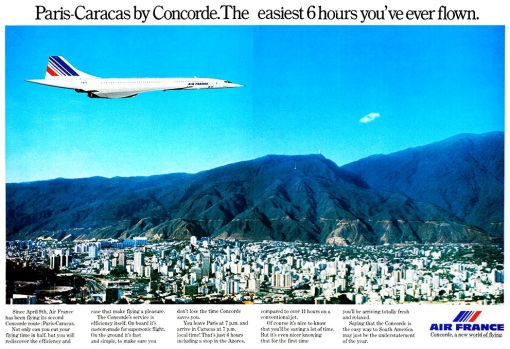 Those days are long since over. The Humboldt was an abandoned shell for decades. Most major international airlines have suspended any service to Caracas, and the Bolivar, the new “Strong” Bolivar, is trading at 97,000 to the US Dollar (at the time of publication, current exchange rate here.) The tenth anniversary of the famous Proms performance has come and gone, and in a fit of political pique the Venezuelan Government marked the occasion by cancelling planned tours of both the Símon Bolívar and National Children’s Orchestras of Venezuela, perhaps oblivious to irony of the timing. Whether these actions were intended to punish Dudamel for his newly asserted political stance, or whether they were merely a pretext to mask the Government’s insolvency, the contrast in circumstances in just a decade is painfully stark.

Are we now in a post-Sistema era? It’s difficult to think otherwise, nor is this unexpected. Not only did I anticipate the financial crisis’ effect on the Fundación, I also speculated that a time would come when association with Venezuela would become more of a liability than an asset. I take no Schadenfreude in having been proven correct: I would rather have been wrong ten times over. As for Sistema beyond Venezuela, when I receive yet another unsolicited Ensemble e-newsletter asserting the “maturity” of the field, I’m reminded that only the immature ever need to assert their maturity, and that the lack of meaningful advancement beyond scale should be a source of concern, if not outright alarm, for a movement now ten years old.

I was accused of being a cynic quite early – and quite unethically. A pair of jealous ears overhead me telling a colleague in Caracas that if we were to promote Sistema by promising results akin to the Símon Bolívar Orchestra, we would be selling snake oil (An American expression referring to deceitful practices). This was reported back to Boston headquarters quite rapidly, with a strategic and willful omission: that I had said Sistema was snake oil. Thus I was introduced to the low-stakes high-politics world of El Sistema in USA, in which self-advancement of charlatans took priority over any kind of honesty.

In those days – which may not be over – anyone failing to profess unconditional support for Venezuela and Sistema was branded a soulless cynic. (I was on the receiving end of a considerable degree of sneering on the part of the leadership of the NEC program at the time.) While I forbear to comment on the state of my soul, I’m no cynic. I still firmly believe in the ideas behind Sistema: that music education should be universal, and that good music education can be transformative. That statement is vague by intention. Good music education takes as many forms as does positive transformation. Sistema, when I must use the word, is for me only an idea, an assertion of the possibility with zero reference to means or methods.

But I try not to use the word. In public circles its connotations are those of a failed state. Pedagogically, it implies modes of music education and leadership long since deprecated. Practically, it refers to a movement in the US noted for its anti-intellectualism and praxial conservativism, but with an inflated self-perception sustained by a now decade-long tradition of self-congratulation. (It’s easy to credit yourself with excellence when your only frame of reference is you.)

I realized quite early on that my knowledge of pedagogy was grossly inadequate for the complexity of the task Sistema, and –  by extension – I, purported to undertake, and that the only solution was to educate myself. I spent the better part of the past seven years opening my eyes to the wealth of research into new music education practices, understanding their underlying philosophies, motivations, and outcomes. The result of this research is only a better appreciation for the complexity of the task and the certainty that there are no quick and easy solutions, least of all those to be had in a weekend of teacher training involving more whiteboards than work with children.

If a little education is a dangerous thing, a lot can be catastrophic. And there was no education like that I received taking the position at the university, when in my self-identified role as a public servant I worked extensively in the public school system as a clinician and guest conductor, supporting the work of the music teachers, gaining a respect for their training, their accomplishments, their sense of social responsibility and the art inherent in education, a respect that seemed entirely absent from the Sistema sector as it attempted to rationalize its existence by the primary means of disparaging its public counterpart.

And this was when I completed, in the eyes of the US Sistema evangelists, the transition from apostle to apostate. I couldn’t in good conscience and honesty say that Sistema was better, more socially oriented, or more effective, or as many most falsely claim, more “joyful” than the music education I was witnessing. I now had the knowledge and experience to recognize good music education, to know what might constitute great, socially-oriented music education were I to see it, and to realize that the most efficient and effective way to achieve social impact through music was to work within the existing networks where they exist, not to create a parallel one. Certified music educators have been immeasurably more receptive to new practices, reacting with appreciation and outright emulation where Sistema “conductors” and “Teaching/citizen artists” have recoiled in defensive horror and contempt at any pedagogical practice that diminishes their centrality. (For a movement supposedly concerned with service, its membership betrays a considerable obsession with titles.)

I’m not an apostate, and although the unflattering analogy of Sistema to religion has been made before, I would still say I profess a faith, but only a faith in one broad idea, not a person or a country, and certainly not a “movement.”

The Humboldt is being rebuilt, and is apparently close to opening again, a $650 Million USD project initiated in 2014 by Maduro, a shining edifice on a mountaintop, representing the aspirations of a nation that can no longer afford to feed its own population.

One thought on “From Apostle to Apostate”